A visit to Paris Cemeteries – Details and descriptions

Paris is reckoned for making an art of almost everything – you can even include death and mourning. It’s no surprise that even the city’s cemeteries are poetic and inspired places that feel a bit like open-air museums. Most of these historic sites opened in the 18th and 19th centuries and the burial place of countless writers, philosophers, musicians, politicians and other famous figures are also often very pleasant to stroll and dream. If you are in search of peace you can visit Paris Cemeteries.

Paris cemeteries are part of the city’s cultural heritage. These cemeteries contain the tombs of many famous people therefore people come from all around the world to visit the tombs of famous people, such as those of artist Cesar at Montparnasse cemetery or that of singer and actress Dalida at Montmarte. Other than this these cemeteries also provide an opportunity for an offbeat and picturesque stroll in a tranquil atmosphere away from the city’s bustle.

Altogether there are 14 cemeteries in the French Capital, but the best known cemeteries in Paris are Pere Lachaise and the Montmarte and Montparnasse cemeteries.  These cemeteries are often wide spaces for the walkers – the three biggest ones are from 11 to 44 hectares in area. All of these cemeteries are filled with trees and flowers; they also bear testimony to the extraordinarily rich cultural life that has contributed to the prestige of Paris over the centuries.

On our list of Paris’s most gorgeous places of rest Pere Lachaise is number one, as it is a tranquil heaven in the Northeast Paris. It has gently rolling hills, thousands of trees in dozens of varieties and famous graves – Frederic Chopin, Oscar Wilde, Colette, Victor Hugo, Marcel Proust and Jim Morrison are only a few of the notable people buried here. 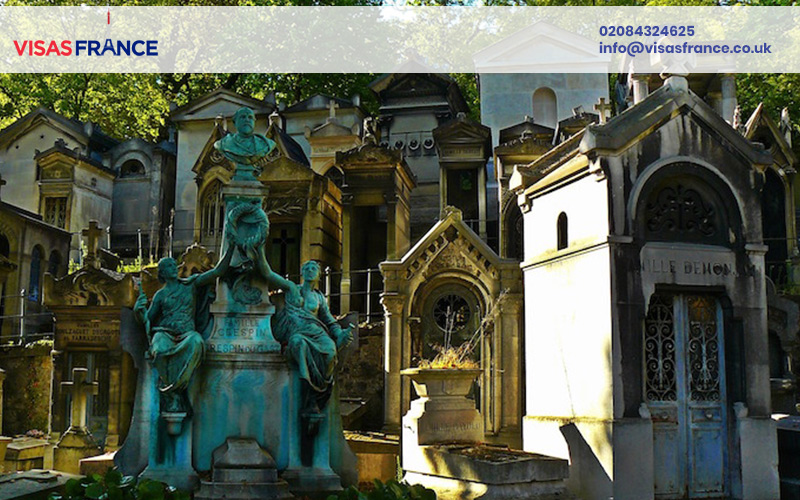 This cemetery is so beautiful that it can be first in the list of your top attractions to visit in Paris. Pere Lachaise was the first cemetery in the world to issue a code of conduct after fans started taking drugs and having sex on Jim Morrison’s grave.

While moving to the opposite end of Paris, the Montparnasse cemetery is perhaps less famous than Pere-Lachaise, but it still remains one of the city’s most beautiful and peaceful places of repose. It can also a welcome retreat from the bustling urban atmosphere of Montparnasse, which was famous in the early to mid-20th century for its vibrant modern art and literary scene. Fans of Serge Gainsbourg leave metro tickets atop his tombstone as homage to his famous song ‘Le Poinconneur des Lilas’ which means the Ticket Puncher of Lilas.

Lies on hilly mound in the northerly Montmartre district, this astonishing cemetery looms beneath a large city bridge and is known as the quirkier major cemetery in the city of lights Paris. Owing to its proximity to a neighborhood known for its idiosyncratic artists, or perhaps because a colony of feral cats is famous for having taken over the cemetery, this is comparably smaller and more humble place of rest when compared to other cemeteries. Blanche or Place de Clichy is the nearest metro station to this place. 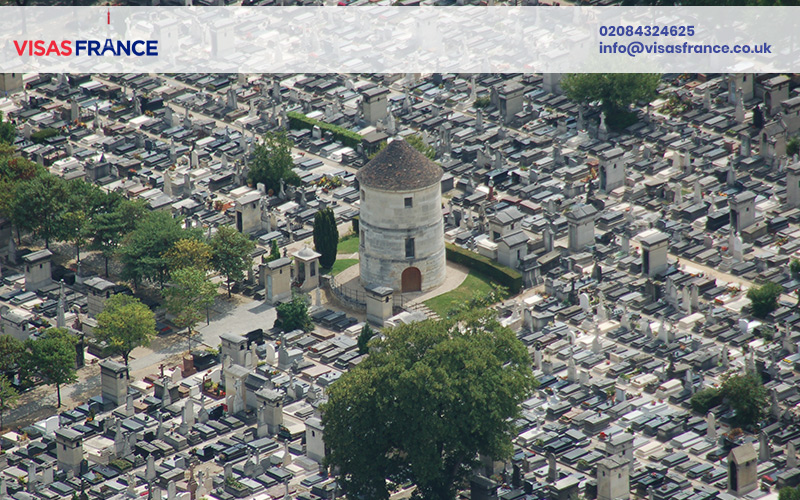 You can glimpse the Eiffel tower from over the graves and trees of Passy Cemetery in the city’s northeastern corner. It is located in the chic district and is also known as Passy, this is the fourth most important historic cemetery in the city but usually overlooked by tourists in spite of the prime views it affords of France’s most famous monument. Another unique thing about this cemetery is that it is the only cemetery in Paris to have a heated waiting-room. 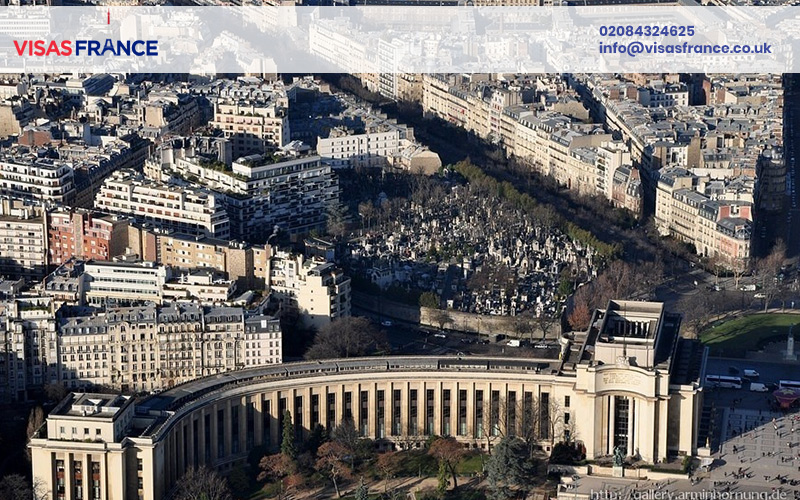 It was created in the middle of the torment of the Revolution; the Picpus Cemetery is the only private cemetery in Paris which is still in activity. It composes an enclosure closed off from the public and an adjoining small cemetery, visible through the metal gate which separated it from the main cemetery.

Lafayette is buried with dirt from Bunker Hill in the States and his grave is watched over by an American flag, which the Nazis left untouched when they occupied Paris in Second World War. Lafayette was only allowed to be buried in the cemetery because some of his wife’s relatives who were guillotined during the French Revolution, a prerequisite for getting plot here.

Easily plan your trip to France but do not forget to visit Paris Cemeteries. If you are thinking of planning a trip to France end of February is the best time, conveniently apply for France visa right now and you will easily be able to get it on time. Once you are done with all the formalities make the list of things to do in France so that you can explore all of it.