Level up for the Nice carnival 2021 this January

The Nice Carnival is one of the biggest, best and oldest carnivals in the world. For approx 12 days, millions of people celebrate carnival in French Riviera. Once a year, from mid February to start of March the French Riviera celebrates a great winter fiesta which is the Nice Carnival. During this celebration which lasts for approx 2 weeks the city comes alive with different music, motion and tempo. We have not far aware from the Nice Carnival 2021.

This festival attracts mass of crowd, locals, travelers and tourists. During this Carnival the city hotel are fully booked, hence if you are travelling during this time it is recommended for you to make a room reservation in advance to find a reasonable price. The streets are filled with parades of giant dolls in different shapes and lot of floats, during this carnival. 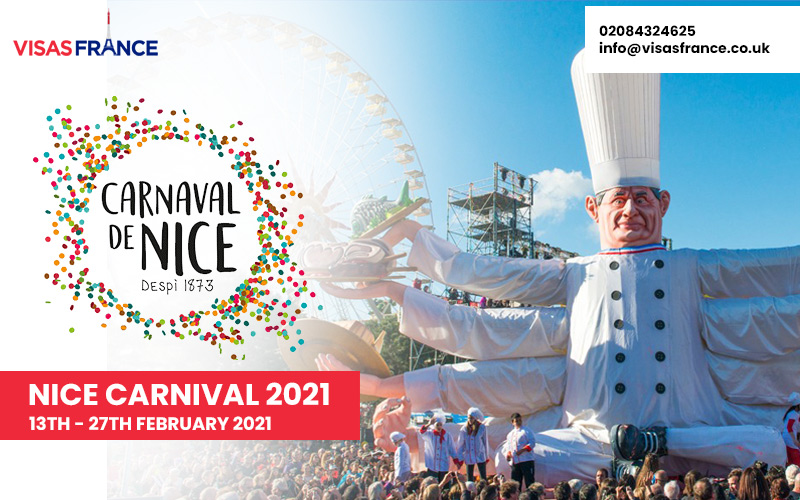 Radically, all the parades are held along the Promenade des Anglia’s seashore. One of the most exciting events of the carnival is the magnificent flower’s battle. Colorful noisy fireworks, concerts and different shows complete the event. If you are travelling to France than this is a traditional fiesta that shouldn’t be missed.

Timings of the Nice Carnival

It is basically a pre-Lenten Carnival that runs prior to lend. The dates for the carnival in 2021 begin on Saturday 13th February until Saturday 27th February in 2021.

If not the oldest, it is one of the longest running carnivals of the world. It has been running since Middle-Ages from centuries.

It is considered as one of the most important events in the French Riviera and also dates back to ancient times when pagans used to celebrate the winter solstice. They hold debaucheries and wild celebrations to mark the end of winter and the arrival of spring and harvest. 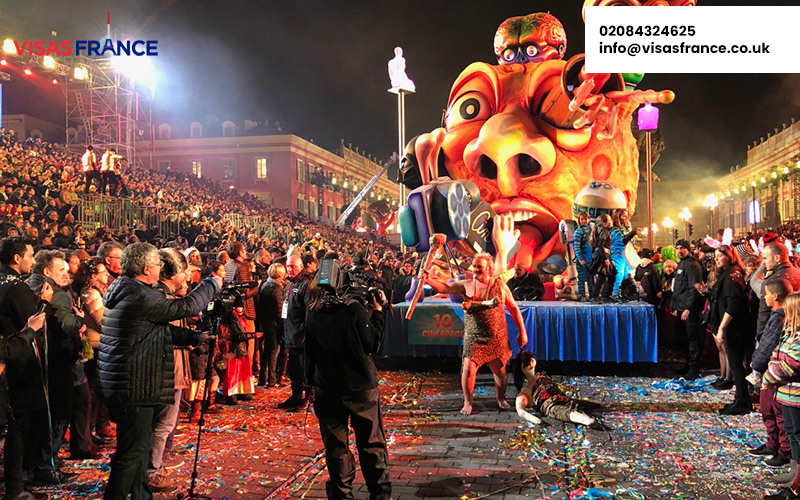 The very first documented account of Nice Carnival was by the King of Sicily in 1294 when he mentioned the “the joyful days of the Carnival” in his writings. After that for many centuries, Nice Carnival Celebrations were private events, with exclusive parties and masquerade balls thrown in luxurious residences that were attended by rich aristocrats.

Tickets for the Nice Carnival 2021

You can easily purchase the tickets online from the official website of Nice carnival or either you can purchase them in Nice itself, there are several ticket offices or counters around the town that sell tickets. The main tourist office is located on the Promenade des Anglia’s and it also sells tickets.

Usually the ticket discounts are offered to children and to those who purchase seated tickets for both the Carnival Parade as well as the Flower Parade. Other than this the children under 6 are free but they will have to sit on their parent’s laps.

If we talk about the other events in the carnival, there are plenty of them which are free including the opening ceremony, burning of the Carnival king and firework displays. 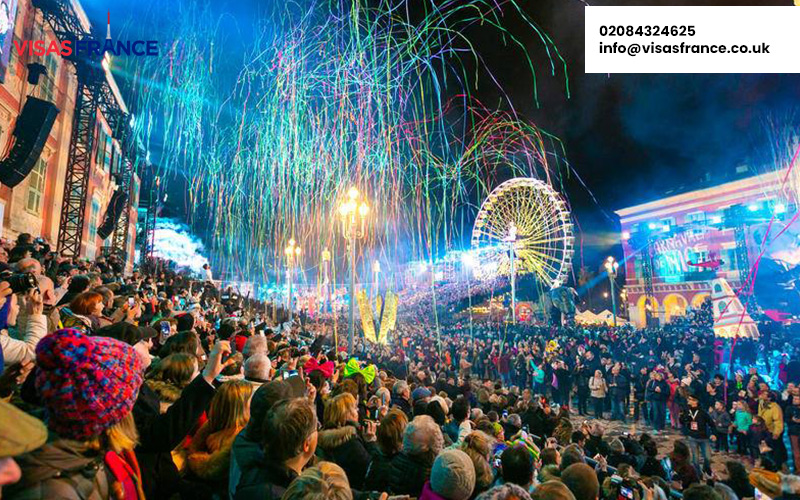 There are many other events which are captured by the Nice carnival like the King of Fashion which is basically the theme of the carnival and the different parades that are held during the carnival and also the Battle of flowers which is most famous amongst all of these events.

If you are planning to travel to France in the end of January or by the start of February then you should not miss Nice Carnival 2021 as it is one of the best events held in France. Easily get your France Schengen visa to travel to France without any hustle-bustle and you can even travel with your family as you will enjoy more if you travel with a group of people.